In this post, we are going to see How to enable EPEL Repository on RHEL7/CentOS7

Need to install EPEL rpm by using below command:

Now we installed the Repo and need to check by listing the installed repo using below command:

List the available packages from EPEL Repository using below command:

Now we Enabled EPEL Repository successfully on our server and we can use yum to install the packages.

we are going to see the Architecture of Ansible in this post.

A normal user will be sufficient for communication between Control and Managed hosts.

A normal user can able to perform a few tasks but for other tasks, we need administrators user or other users who have sudo access to perfom that tasks. 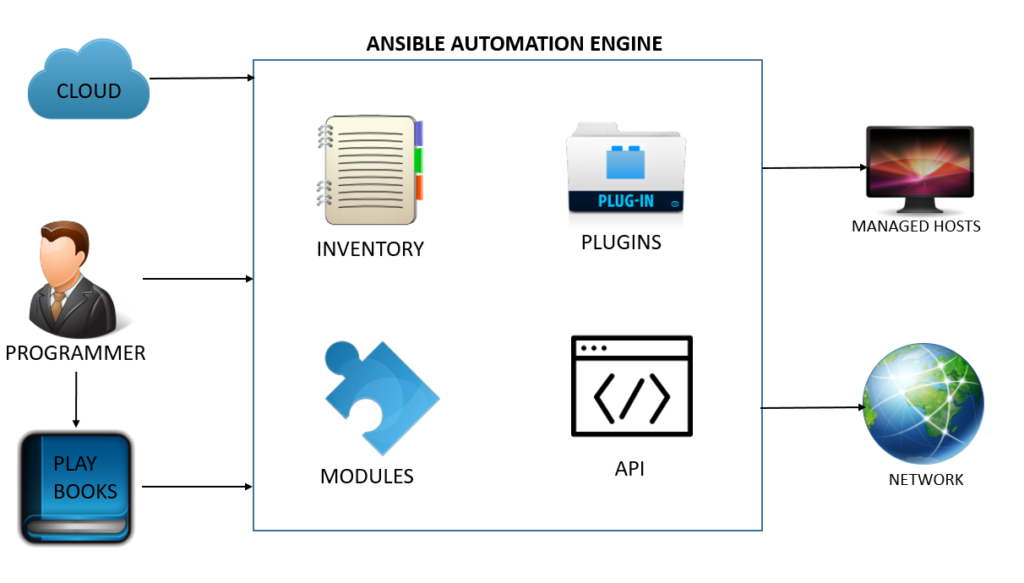 This will explain how the ansible working and what are all the things contains as architecture.

As we can see the above diagram ansible automation engine will interact directly with the person who writes playbooks to do tasks.

It also interacts with the cloud(public/private) directly. Basically its CMDB(Configuration Management Data Base).

Also, it contains the below components:

Inventory will contain the List of Host or IP Address of Host/ Wildcards where we are going to do automation tasks using ansible.

We can specify the different inventory path using -i option.

Ansible has more 1000 readymade playbooks in it and we should use those modules in paybooks to do automation tasks. Modules will be copied from Control node to managed hosts while executing the tasks and it will run the program based on playbook and Module then will give back us the output.

Also, the user can create custom playbooks based on their needs.

We should mention the modules in playbooks and modules will be directly executed in remote hosts through playbooks and will get the output.

Plugins will enhance the features ansible.

Plugins will allow executing the task on build stat. Its a piece of code.

Using ansible we can automate the tasks on different types of network.